The constant rise of infrastructure and skyscrapers that seem to get closer and closer to the sky is symbolic of Tokyo’s pursuit of greatness. The metropolis is known as the great hub of innovation, the very epitome of modernity. Tokyo, however, fosters something more quaint and colorful beneath the brilliance of its towers and skyscrapers, something closer to the ground than to the sky—places that are more grounded in the preservation of tradition.

The most colorful parts of the city are where quaintness and traditions thrive and where there are more locals than tourists. There are color and vibrancy in dimly lit alleys, charm in scruffy old markets, and great stories from obscure, small restaurants. These are the places that you don’t usually see in modern-day travel itineraries but are worth tracking down. From a time-tested tower to a historic market and bustling alleyways, it’s time to shine a spotlight on some of Tokyo’s most charming destinations.

This is what I wrote as an introduction to the second part of a two-part feature I did of Tokyo, Japan. In July 2018, I toured Japan’s capital for about a week for a familiarization tour, a project with Japan National Tourism Organization to promote the city in the Philippines. My two-part feature of Tokyo presented the two faces of the capital—the one that’s always in the spotlight and the other that’s concealed beneath. Although the first is definitely amazing, the latter is my personal favorite, the feature that’s closer to my heart, one I wrote more sincerely and wholeheartedly.

Unlike most travelers, I was not that hot on traveling to Tokyo. Perhaps it’s because Tokyo is such a world-famous destination that I have seen, read, and watched so much about it that it feels like I have explored enough of the city even without going there. It sort of toned down the excitement of visiting the city. Also, Tokyo is famous as an ultra-modern city, and I’m not so much of a fan of modern cities, dominated by skyscrapers and streets bustling with businessmen and shoppers—it’s intimidating, overwhelming. It feels as if time runs so quickly and it drags you along with it.

I guess I had judged too quickly. There was this part of Tokyo that I seldom saw in TV programs and in magazines.

While Tokyo is indeed the world’s greatest city, I am not really after that greatness. What I’m after is the simplicity beneath the greatness—despite it being one of the most developed and technologically advanced cities, it remains grounded. Quaintness is sheltered safely in small neighborhoods and back alleys that are shrouded by towers and skyscrapers. Temples. Old houses. Shabby restaurants and bars. I love this part of Tokyo.

We live in modern times, so I’m not going to be a hypocrite and abominate tourist hot spots like Tokyo Disneyland, Shibuya, and Ginza because they are places that are in tune with the modern times, constituting the here and now. Modern attractions, they are what best suits the modern man. However, modern times have a tendency to be overwhelming that there is a great need for rest, to slow down. I find this refuge in the city’s back alleys. 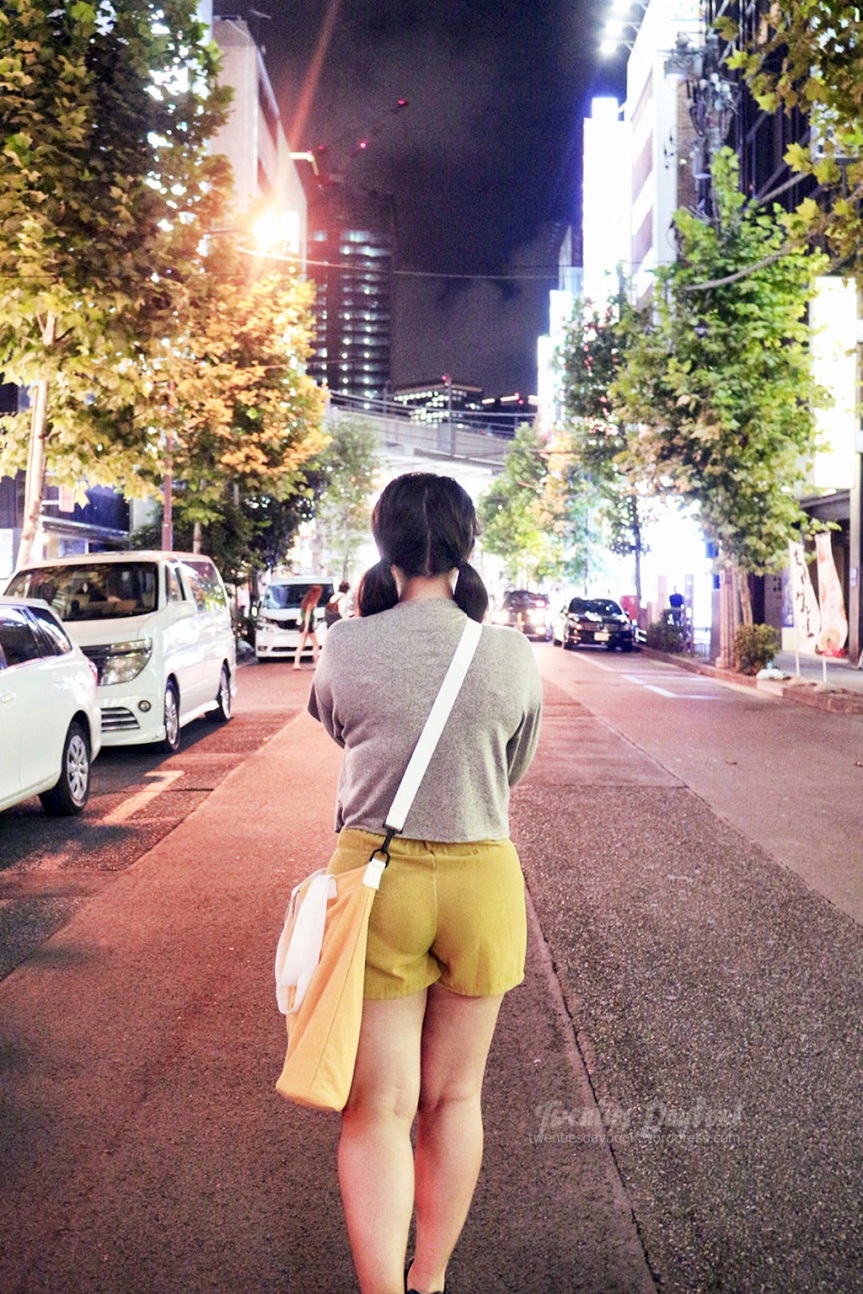 For me, the best parts of Tokyo are the old residential neighborhoods where small restaurants and cafes hide, quaint shopping streets with less crowd traffic, and maze-like alleys that shelter cheap bars and dining spots.

I enjoyed walking unhurriedly along Nakamichi-Dori in the fancy neighborhood of Kichijoji. Nakamichi-Dori is a quaint shopping street in Kichijoji, Musashino, stretching less than a kilometer and lined with small fashion boutiques, and charming restaurants and cafes. It’s relaxing to walk here after escaping from the fast-paced flow of the main streets. Just enjoying the quaint and radiant atmosphere. 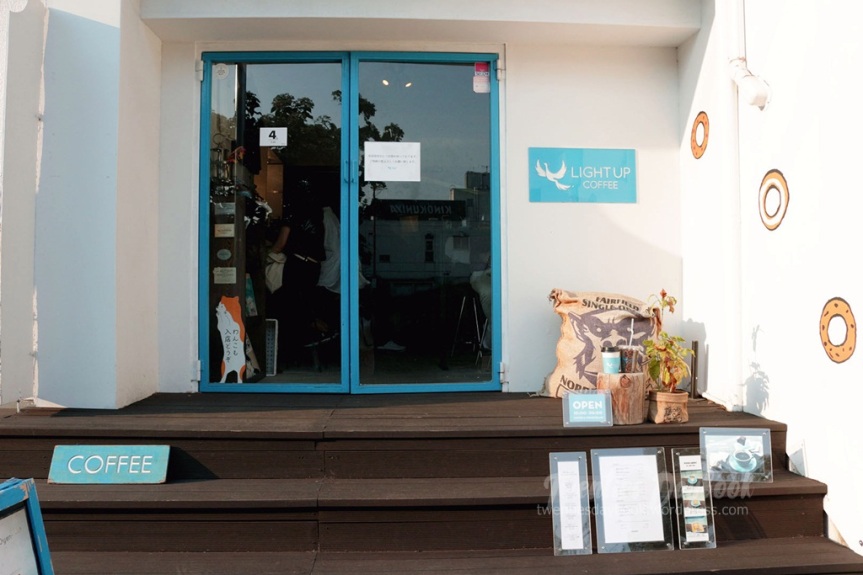 Unfortunately, I was not able to explore each shop on Nakamichi as much as I wanted to, due to our schedule, but my eyes were able to wander as we walked towards the end of Nakamichi for our main destination—a small yet vibrant coffee shop, which I described as an art gallery where coffee aficionados commune to appreciate the art that is coffee. The cafe is called Light Up Coffee, which has another branch somewhere in Tokyo and another in Kyoto.

It is a charming coffee shop with a beautiful vision of bringing the Japanese people around the world through the world’s coffees while also showcasing a few manual brewing methods, but it probably would not be the main destination when in this area or the main reason for making the trip to this area. Instead, it’s the perfect last stop to cap off shopping on Nakamichi since it is located at the end of the street. 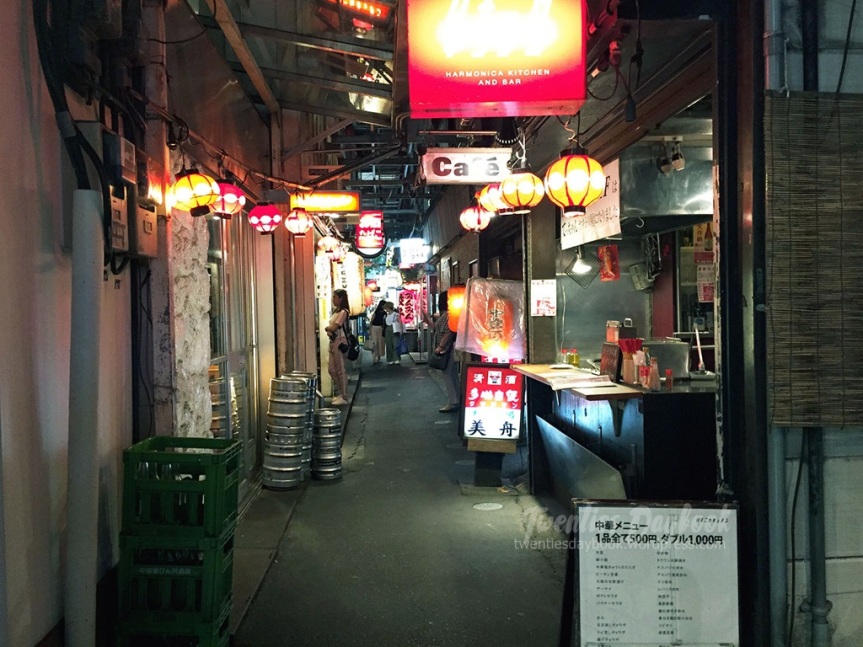 Another interesting part of Tokyo is its yokochos. Yokocho in Japanese is a subterranean world of narrow alleyways that house the city’s most precious gems—gems that are especially precious to urban adventurers and off-the-beaten-path travelers. Also in Kichijoji, we entered Harmonica Yokocho, an alleyway that has a completely different vibe from the neighborhood that it sits on. The dimly lit alleys are enlivened by sounds of people chattering, beer glasses clinking, and sizzling meats being grilled. I would prefer to have a drink here with a friend than any other bar in the city—the atmosphere is perfect to have laid-back yet intimate conversations. 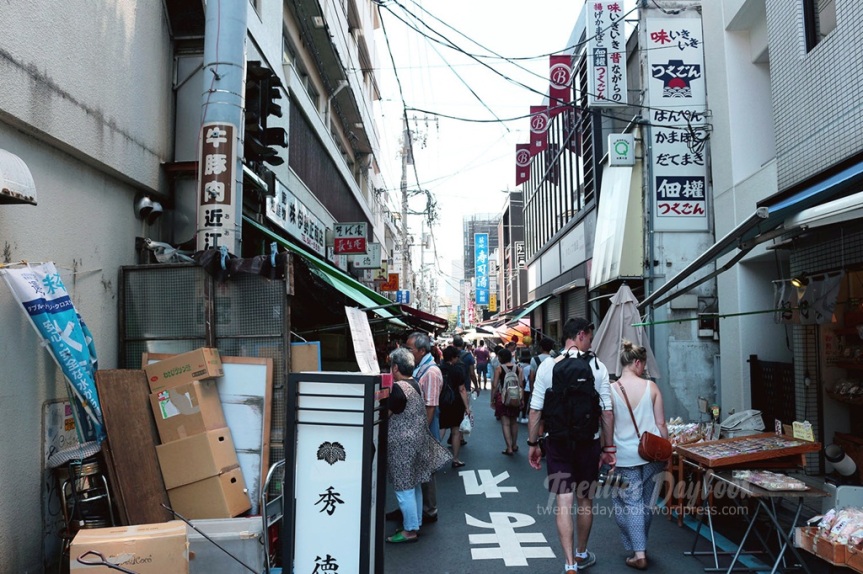 My visit to Tsukiji Market is also a memorable and sentimental one. It was just in time before the inner market was relocated to Toyosu Market, not so far from Tsukiji. I read that the inner market, where the fish and seafood wholesale and auctions were held, was transferred because the original structure was getting old and beat-up. Although that’s understandable, it’s still sad because Tsukiji Market is an iconic historic spot, known as the biggest fish market in the world. 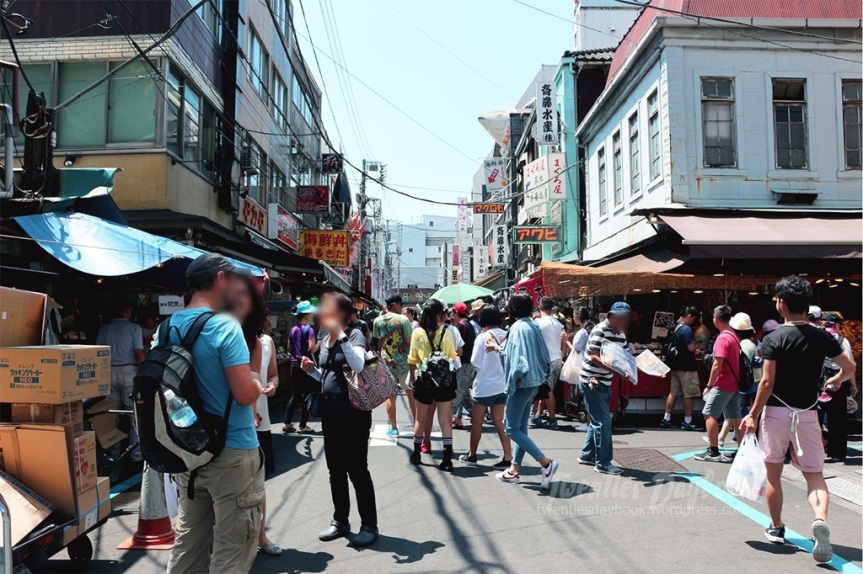 Probably it may still be called Tsukiji Market, but just like when someone breaks your heart and takes a piece of it with them, it does not feel whole anymore… (Okay, that’s too cheesy LOL) There’s only the outer market left, called Tsukiji Jogai-Shijo (Tsukiji Outer Market), where old merchants and restaurant owners remain, so at least you can still get a taste of the old Tsukiji Market. A few of the business owners can speak a bit of English, so you can try and chat with them about their memories of the old market, like I did. 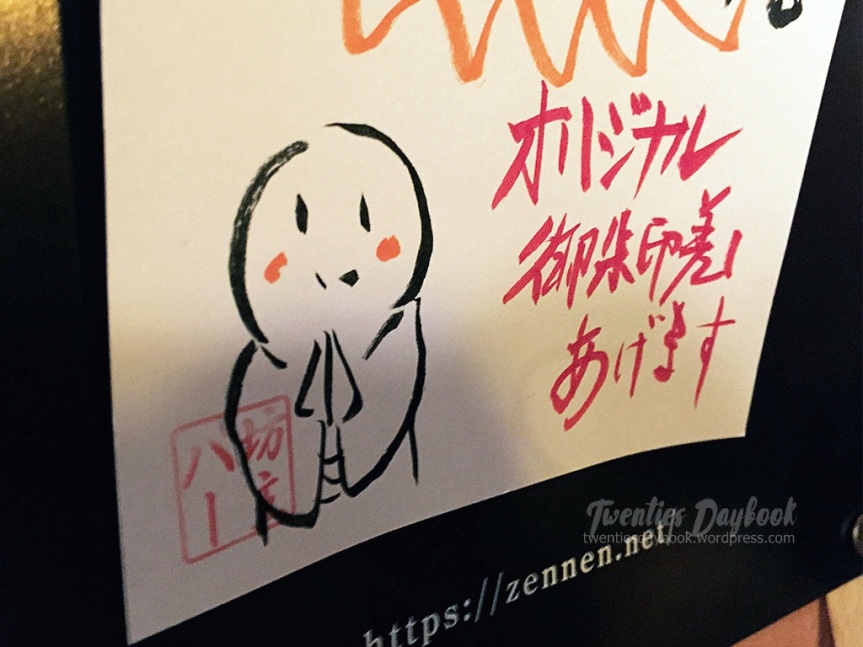 If you also like to have a good night out with a round of drinks, it’s nice to have it in a place that will leave a lasting impression. And I think a dive bar in the middle of Shinjuku, where bartenders are Buddhist monks, can give you just that. I have never had an interaction with a Buddhist monk prior to visiting Vowz Bar in Shinjuku, but my personal image of monks is that they are highly reclusive and ascetic, and finding them at a bar in the middle of the city is far from that image. 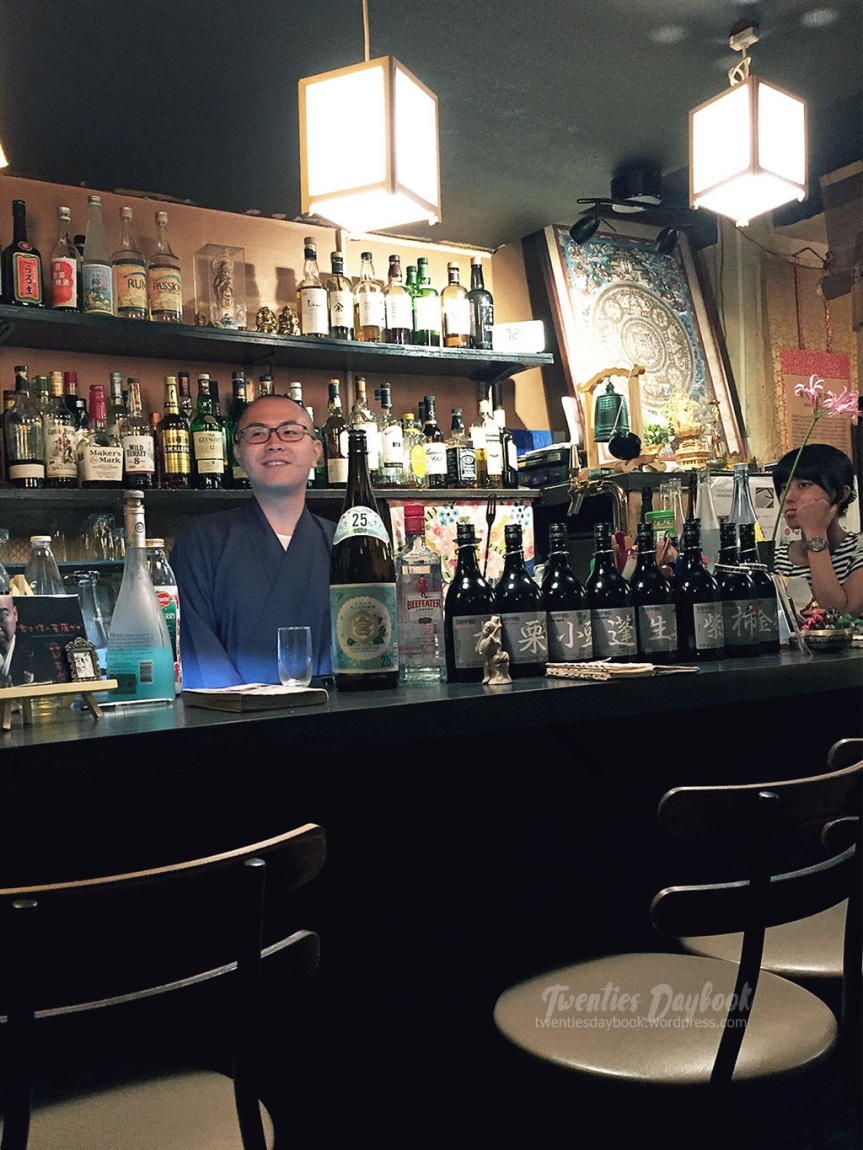 However, they have a good reason and purpose to be behind the bartending counter. I think that it’s a nice way for them to reach out to people and shed some light on Buddhism. You don’t necessarily have to be a Buddhist or a prospect for conversion, this bar is just like any other bar. If you need to unwind and have good cocktails, then go here. Regardless of religion, everybody is welcome and the bartending monks are up for friendly conversations. The bar is small, but the ambiance is really good for loosening up. 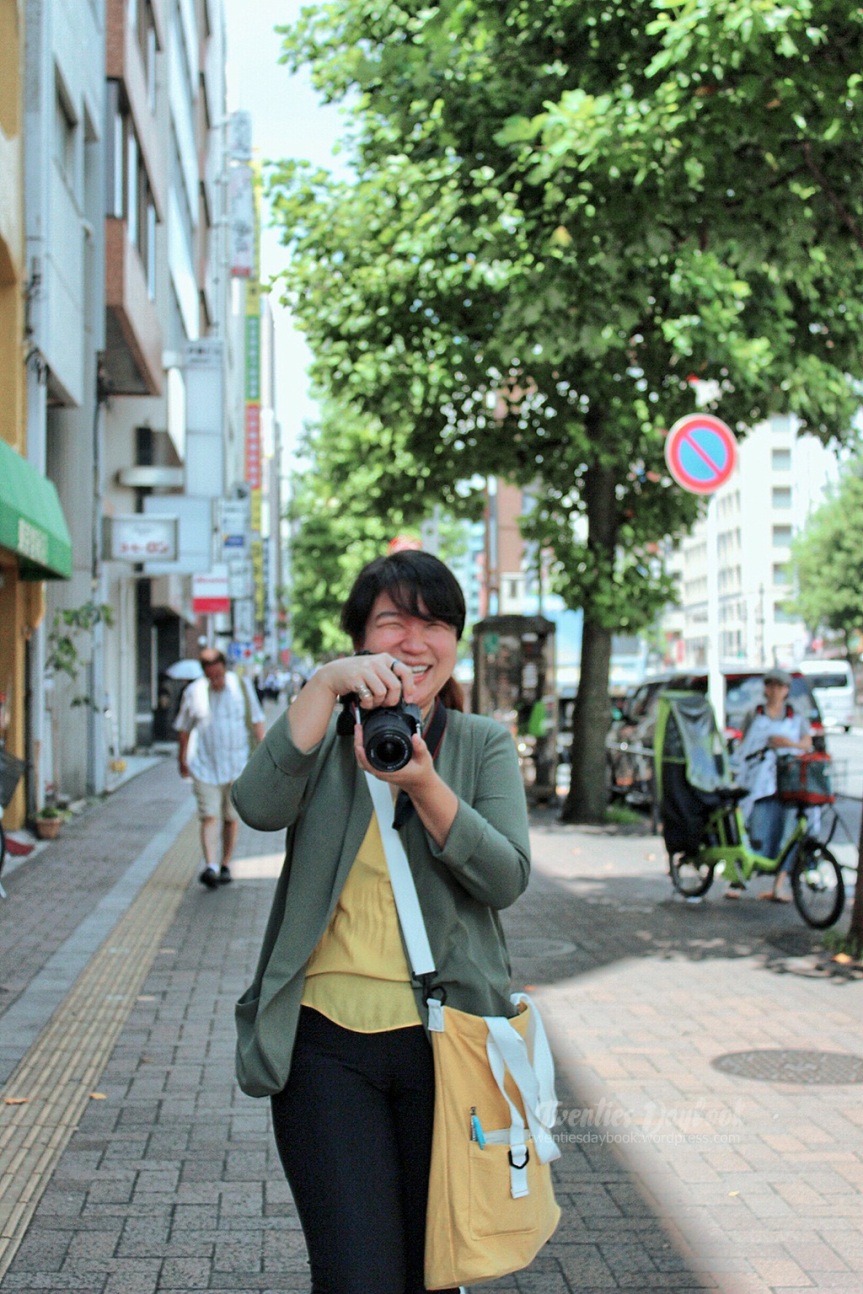 Tokyo is often represented by the teeming Shibuya crossing, the soaring Tokyo Skytree, or the bustling districts of Akihabara or Ginza. I went to Tokyo, well, to see these awesome places; but also, I scoured Tokyo’s back alleys and small thoroughfares, someplace leading to other places unexpected, never meeting a dead end. Main roads branch out to smaller streets and, for me, these parts of the city have been the highlight of my trip around Tokyo. I guess that’s the kind of person that I am.

Tokyo was a real sweet realization of a dream. Meanwhile, Manila is a bittersweet reality I will always have to return to.

A self-indulgent, soul-chasing, independent 20-something middle-class career girl who loves coffee, solitude, and hugs. View all posts by Rei Leaño

About the 20-something girl